skip to main | skip to sidebar

Posted by Justin Tang at 7:23 PM No comments:

Posted by Justin Tang at 6:03 PM No comments:

Progress with the Bertholy Method

Posted by Justin Tang at 2:27 PM No comments:

With the internet, this generation of golfers would undoubtedly be more knowledgeable than that of golfer in the past - combined. Yet, it seems that this knowledge has yielded only very little in the way of results as evidenced by the stagnant handicap average.

The advancements in technology has produced vast improvements in equipment which theoretically lower the skill required to produce lower scores; yet this has not happened.

Why is this so?

I believe this can be understood once we grasp the difference between knowledge and application.

Its one thing to know and yet another to do.

Many golfers think that by knowing, they can do - far be it from the truth.
There is a gulf between mental assent and physical execution. What bridges the gap are proper drills that ingrain a feel to the look. Once that feel has been identified through repetitions, then repeating that feel will repeat the mechanics. Then the only thing left to do is to let the mechanics produce the shot.

We can put it in this manner:

- You may know all that an airline pilot needs to do to fly a plane, but that does not mean you can do it.

- You may know be able to describe the laws of physics in operation when a bicycle is being ridden, but that does not guarantee you will be able to balance yourself.

You cannot teach someone who knows everything. People I try to help who think they know everything often have a hard time improving - these are the guys who try to do what they think you are saying before full comprehension.
Posted by Justin Tang at 7:27 PM No comments:

A study of golf swings has identified the "X-factor" that separates pros and amateurs.

Players who possess the secret can hit the ball harder and longer.

In tests, 10 professional golfers were found to have a highly consistent peak X-factor of around 56 degrees during a hard swing. Each varied from this figure by no more than 7.4 per cent.

Their club speeds when hitting the ball were also consistent, varying by just 5.9 per cent from an average 127km/h.

In contrast three of the least skilled amateurs who took part in the study, a handicap 30 golfer and two novices, had peak X-factors of 48, 46 and 46 degrees respectively.

The smaller X-factor angles correlated with slower club speeds on impact of 109, 106 and 90km/h.

Writing in the Journal of Applied Biomechanics, the US scientists concluded that the X and S-factors together with peak-free moment were "essential to golf swing power generation among professional golfers". The X-factor was considered the "key" element.

Conrad Ray, head men's golf coach at Stanford University and one of the study authors, said: "One question that always comes from students is 'what starts the downswing?' People have had different answers. Some would say the hands, or others would say the shoulders or the lower body.

"But the study confirms that rotation of the hips initiates the downswing. So that, to me, is an interesting finding.

"All golfers want to know how to hit the ball longer, and this study supports that speed is really a factor of relative body rotation."

The findings could be used to help improve golfers' ability to hit the ball further without increasing the risk of injury, said the researchers.

Previous studies have shown that improper swing biomechanics is the leading cause of golf-related injuries.

An array of eight special-digital cameras were employed to gather data from the golfers at Stanford's Motion & Gait Analysis Laboratory.

Most of the professionals were former members of the Stanford Men's Golf Team. The non-professionals were a college-level amateur with a handicap of four, two amateurs with handicaps of 15 and 30, and two novices.
Posted by Justin Tang at 4:29 PM No comments:

30 July Swings Out to Right Field

Return of the Snap Release

Posted by Justin Tang at 5:52 PM No comments:

Right forearm takeaway spot on to Turned Shoulder Plane...downstroke to release not quite on elbow plane, but getting there...

Posted by Justin Tang at 9:40 PM No comments:

Like you, I am always in search of distance.
I think I have finally found the holy grail to it.
See if you can spot the move in these 2 videos...

Posted by Justin Tang at 1:13 AM No comments:

This is no substitute for learning to pure 3 iron blades.

Posted by Justin Tang at 8:34 PM No comments:

Michael J. Lavery, aka, The Hammer Man demonstrates procedural memory skills as part of his Whole Brain Power Program. His book Whole Brain Power co writtten with Gregory S. Walsh explains how the training of both sides of the brain to achieve ambidexterity radically enhances hand-eye coordination and functional strength. The skill of being able to bounce a golf ball off the round end of the ball peen hammer is extremely difficult to do. In fact very coordinated athletes have a difficult time doing it consistently 5 times in a row. To be able to do it with either hand really pushes the envelope.

Watch closely as Hammer Man Lavery moves the hammer from one hand to the other as he also flips the hammer in between bounces. The ability to move forewards and backwards while bouncing the ball of the ball peen hammer is in a class by itself as hand-eye coordination is concerned.

These skills have been developed through methods described in the book Whole Brain Power. With the confidence gained at doing these feats of coordination hitting a golf ball, tennis ball or baseball seems lots easier. Try it for yourself with a rubber mallet and then work your way up to the more difficult hammers and you to will see the improvement in your athletic skills.
Posted by Justin Tang at 7:44 PM No comments:

Posted by Justin Tang at 7:36 PM No comments:

Posted by Justin Tang at 9:27 PM No comments:

Posted by Justin Tang at 1:12 AM No comments:

Posted by Justin Tang at 7:57 PM No comments:

Posted by Justin Tang at 4:47 PM No comments: 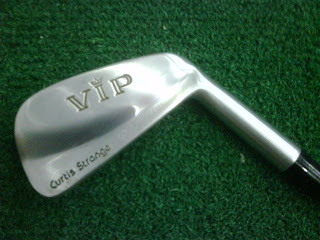 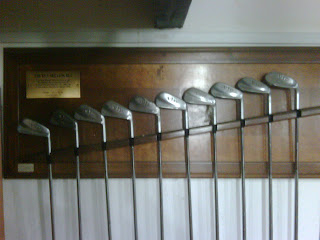 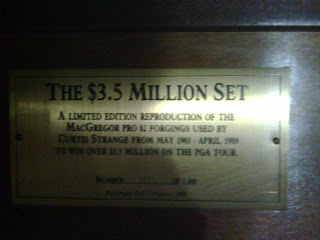 Sent from my BlackBerry Wireless Handheld from M1.
Posted by Justin Tang at 7:09 AM No comments:

Holding Flex with the Miura

Turn up the volume to hear the sweet sound of a persimmon impact!

Posted by Justin Tang at 9:31 PM No comments: 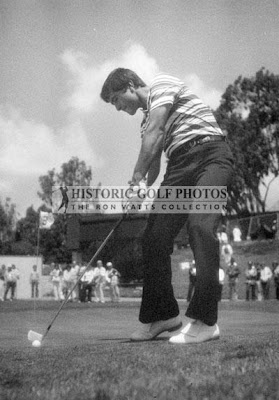 Posted by Justin Tang at 9:51 PM No comments:

George Knudson - The Man with the Million Dollar Swing 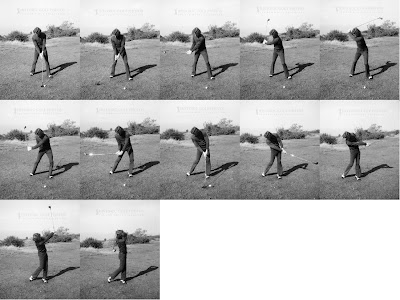 Justin Tang
Justin Tang has been involved in golf for over 10 years and became the 1st authorized Medicus Instructor in Asia in 2005. He holds an Honours degree from the University of London where he topped his cohort in Applied Psychology, winning the prestigious John Mann Award. He also holds a diploma in Engineering. His involvement and association with Homer Kelley’s The Golfing Machine (TGM) began in 2000 after being frustrated with the lack of progress in his game and the amount of misinformation surrounding golf instruction. Justin specializes in teaching students simply how to hit the ball straight and long through the correct understanding and application of geometry and physics. Since then, he has spent time with world famous PGA instructors the likes of Ben Doyle, Chuck Evans, Gregg McHatton, Lynn Blake, Dana Dahlquist, Dennis Alberts, Mal Tongue, Bob McDonald and Shane Scott. He is the only instructor in the region to offer a MONEY BACK GUARANTEE on lessons He can be reached at +65-8188-1701 or via email at jtang@medicusgolfinstitute.com

The mission statement of Justin Tang Golf is to revolutionize the face of golfing instruction in Asia through the use of a no-bullshit curriculum based on science and high technology. We also put our money where our mouth is with Asia's first and only NO-RESULTS-MONEY-BACK-GUARANTEE.

"Turned what I know about traditional golf instruction on its head. I still have a hard time coming to terms with how I actually believed that...hopefully I can reach my dream of playing scratch golf."

“Justin is clear in explaining why certain things workand why others don't. His teaching methods includecolourful analogies and visuals - the key to impartinga lasting impression when we are talking about acomplex motion like the golf swing. They help me toremember certain important positions when I practice. His instruction is predicated on science, nothingwill go wrong if you execute accordingly, in factyou'll end up playing like a machine and enjoying thegame more than you do now. I know I am. “

“Dear Justin, I want to relate my weekend game last sat... After practicing the on plane pitching action with only sand wedge, I proceeded with caution to my regular sat foursome.But no need to fear. Awesome results! Shot an easy 80 at Kranji. Never have I been able to hit a 3 wood off the turf so consistently and accurately. And my pitched 3 wood went further than “normal” due to flushed contact with clubhead lag! The sound coming off some of my irons were pure. Also the in to out path stroke makes ‘over the top’ impossible to achieve.Now if I can only get to the full swing!. Golf nirvana beckons haha”